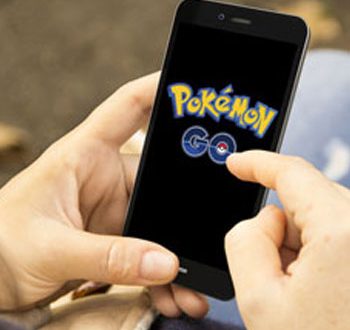 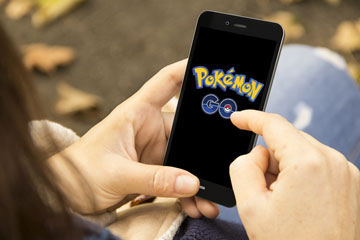 It’s the biggest gaming craze to hit the world in many years, it’s all over the internet and it has widespread appeal, it’s Pokémon Go. This online game has already become more popular than Twitter and Instagram. While it’s not yet available in Ireland, there appear to ways around that. Given its growing popularity, it is only a matter of time before Pokémon Go officially enters the Irish market as Pokémon Go launched into the UK market just yesterday morning. What do parents need to be aware of in relation to Pokémon Go?

Pokémon Go is an app which is available on IOS and Android and is free to download. The app uses your clock and GPS on your phone to pin point your real world location and the time. These details become an integral part of the game. The aim of Pokémon Go is to encourage you to travel around the real world in order to travel the virtual world, to capture Pokémon. Different Pokémon appear on screen depending on the time and the user’s location.

Trainers: Humans (gamers) travel around the world to catch these monsters from the wild, tame these creatures and use them to fight each other.

Gotta catch ‘em all (and earn medals won by catching Pokemon): You will have to explore far and wide, day and night in order to catch all of the different Pokémon.

Gyms: To battle you must fight gym leaders & other trainers. Who wins depends on your Pokémon’s combat power users tap screen to attack & swipe to dodge enemy attacks.

Evolving Pokémon: Using special items- you get them by catching Pokémon  and fighting gym leaders. This boosts your trainer level and opening up gyms and raising your chances of finding rarer Pokémon.

Essentially the Pokémon Go app is built around a gaming concept known as ‘Augmented Reality’ in other words, creating a virtual world that mirrors the real world. While this may all seem pretty innocent it is important to bear the following in mind.

To sign in to use the Pokémon Go app the age restriction is 13, the age rating on the US version of the app is 9 years of age. It is undoubtedly possible that children younger than 13 could download the app.  Also, the fact that the app uses actual location details as an integral part of the game raises legitimate safety and potential stranger danger concerns for parents. Reminding your child of the difference between the real world and the virtual world will be important where this is concerned.

For children who are already playing the game it is crucial to reinforce the importance of being aware of your surroundings, never travelling to a location alone and being aware of the importance of having a balance between the time they spend online and offline. Using active mediation and open communication to negotiate about the amount of time spent playing Pokémon Go will also be important. Another thing to bear in mind for both you and your child, is that while the Pokémon Go app is currently free to download there are some in app purchases that cost money to buy.

Ultimately, the growing popularity of Pokémon Go means that children are going to feel that they want to experience playing this game. As always, regularly talking to your child about the experiences they are having when they are online and what games they and their friends are playing together is a great way to begin the conversation about staying safe online.

Things to bear in mind when you are talking to your child about Pokémon Go:

Find out more about the Pokémon Go app and staying safe online by following us on our social media channels, Facebook, Twitter and LinkedIn.