SimSimi: What we Need to Learn From It 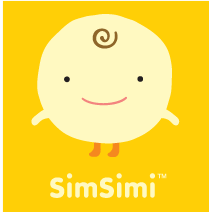 The SimSimi app has caused a huge degree of controversy here in the last week or so and while it has now been suspended in Ireland there are certainly lessons that can be learned from the use of the app. While the immediate dangers of SimSimi have been removed for Irish users there is no doubt that a similar app could be developed and launched into the Irish market again. So what do you need to know to help keep your child safe and protected should they encounter a similar app to SimSimi?

SimSimi, is what is known as a Chatbot, which uses artificial intelligence to create messages and interact with users. The app learns from previous conversations in an attempt to become more useful to the user. This kind of technology is increasingly being used by businesses around the world to improve areas like customer service. However, when it is being used by young people it can become a means of engaging in cyberbullying and this was the major concern of schools throughout the country over the last week. Apps that use artificial intelligence essentially learn from those who use them, through learning words and phrases that are commonly used and then posing questions based on previous answers. Young people can be particularly attracted to apps that use artificial intelligence as it can seem very exciting that a Chatbot can talk to you, answer questions and appear to ‘know’ you. While it is possible to block content that is vulgar or explicit on SimSimi, it is impossible to tell what happens once content like this is flagged as inappropriate by a user. Also, while SimSimi does state that harassment using the app could lead to legal penalties, it’s not clear how that could have been taken further.

The major concern for Irish parents and teachers in relation to the use of SimSimi was understandably around cyberbullying. This concern is valid not only for this app, but indeed for others that may be created in the future, so what do you need to tell your child about apps like this? Firstly, that they need to remember to behave with the same degree of caution and respect when they are online as they do when they are not online, cyberbullying just like the more traditional types of bullying can start in a very small way and quickly escalate. It is important too that your child is aware of what is known as the bystander effect. Have you ever seen an incident or accident when you’re out shopping and thought that somebody else would deal with it? Well, essentially this is the bystander effect. Everybody thinks someone else is going to act. Increasingly, the bystander effect is playing a large role in how children communicate when they are online. One of the most effective ways to counter the bystander effect is to encourage your child to report inappropriate content to you, their teacher or their Chatbudi. Remember this is best done if you have already created a Tell, No Blame environment, where your child knows that it is ok and safe to tell, without fear of punishment. When a number of people among a peer group are using a messaging app, particularly one driven by artificial intelligence the normal rules of etiquette, empathy and care can be diluted or indeed completely forgotten.

With the impact that SimSimi has had in Ireland over the past week, it is essential that a conversation is started with your child about how easily cyberbullying can start and how important it is that your child and their friends know how to make smart choices about how they communicate online. If there is one positive thing to come from the SimSimi controversy it is that it can start a conversation in homes and schools throughout Ireland, about how to stay safe online.