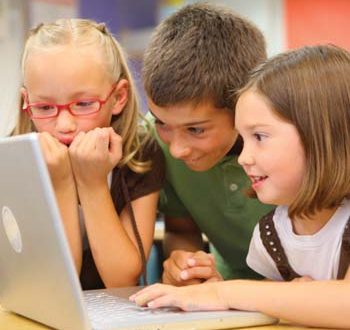 There has been a lot of focus on the protection of children when they are online over the last number of weeks in Ireland, in light of the imprisonment of Mathew Horan. It is of course every adults’ responsibility to keep children safe online and that includes parents, teachers, grandparents and carers. There is of course another player in this and that is the social media companies that develop and promote social media sites and apps. This week a group of former employees of companies including Facebook came together with other former Silicon Valley alumni, whistleblowers and Washington lobbyists in the US capital. Here they heard warnings of potential links between tech addiction and sleep disruption, poor academic performance, anxiety, depression, obesity, social isolation and suicide.

Repeated American and European studies have shown that there is a link between all the above issues and children’s and teens use of social media. Our own research at Zeeko found that 1 in 6 sixth class pupils had spoken to a stranger online and that 1 in 8 second class pupils had done so too. Needless to say, this is a huge concern for parents and teachers alike. But what of the responsibility social media companies have in relation to protecting the children who are using their sites and apps?

There were pleas for Mark Zuckerberg, the Facebook co-founder and chief executive, and Sheryl Sandberg, the company’s chief operating officer, to apply values they would advocate for their own families. Steyer added: “Mark and Sheryl at Facebook are good people. They are parents too. They have to think about their own kids when making a big picture decision there.”

Aza Raskin, a veteran of Mozilla and Firefox who is now chief strategy officer at the Center for Humane Technology, echoed Parakilas’s thoughts on the effects on youths: “We end up replacing children’s sense of identity and self-worth with how many likes they get.”

When we visit schools to deliver our interactive workshops on staying safe online we hear from children of all ages of the positive and negative impacts that the use of social media is having on their lives. There is no doubt that social media use is changing significantly how children communicate and interact with their peers and adults too.

There are increased calls from the US to begin to regulate social media companies as cigarette manufacturers have been. In Raskin’s view, the tech sector’s conduct is worse than that of cigarette manufacturers. “Tobacco only gets so addictive and tobacco doesn’t know anything particularly about you or your habits. … Imagine three years or five years from now when our new digital tobacco knows all of your habits, knows the habits of your friends and can start crawling down your brain stem to figure out what uniquely addicts you. That’s the world that we’re thinking about, like if you think about when you point AI [artificial intelligence] at a chessboard. Once it wins, it wins; humans can never get better.”

There certainly needs to be action at a senior level among social media companies on increasing the protections for children online. The full impact of the engagement with social media on the lives of children is unlikely to be fully understood for a number of decades, which is even more of a reason to make changes as soon as possible to the way that children use it.

*The quotes used in this piece appeared originally in an article in the Guradian newspaper on 08/02/2018.