Dublin, Ireland, 21 November 2018, Ahead of upcoming seasonal sale events, such as Black Friday, Cyber Monday and the Christmas sales, research findings announced today by Zeeko (www.zeeko.ie), indicate that 1 in 3 boys aged 8 are playing over 18 games online.

Zeeko is an Irish Ed-tech company and a leader in internet safety for children in Ireland.

The findings are based on Zeeko’s review of data collected during the period September to November 2018, in primary schools throughout Ireland, for its latest ‘Digital Behaviour Trends’ research report.

Zeeko’s latest research also shows that younger children now have access to the internet earlier when compared to their older peers. They start accessing the internet on average between 6 and 7 years of age (6.3 years), with ca. 15% of primary school children spending between 1 to 3 hours per day online during weekdays with this increasing to over 5 hours online in 16% of cases at weekends.

Research findings also indicate that although 33% of boys in 2nd class have played an 18+ game, this figure increases to 60% by 6th class. The situation is not as bad for girls though, where throughout primary school, boys played online games 3 times more than their female peers.

Joe Kenny, founder, Zeeko said, “At Zeeko, we normally bring out the results of our in-school research findings every January. However, this finding that 1 in 3 of 8-year old boys is playing over 18 games caused a stir amongst our research team. Given, we are coming to Black Friday and Cyber Monday, the big online sales, where game buying is enormous, closely followed by the Christmas sales season, we felt we had to share this finding.”

He added, “Zeeko is an ethical company and many of our staff are parents, so we felt this information, based on research, as current as last week, had to be communicated. Hopefully, by sharing this finding now it may encourage parents, and indeed older siblings, to be more vigilant and to think carefully when purchasing games online.”

Zeeko compiled its latest research from September to November 2018 in 45 primary schools throughout Ireland and involved a total of 6,847 children (3,050 boys and 3,797 girls).

Zeeko, headquartered at NovaUCD, the Centre for New Ventures and Entrepreneurs at University College Dublin, has already taught internet safety to over 110,000 children in over 850 schools across Ireland through its traditional presenter-led Internet Safety Seminars model. Zeeko also conducts surveys with children before arriving in their school for their Seminar and these findings form the basis for the above results.

Joe Kenny is available for interview 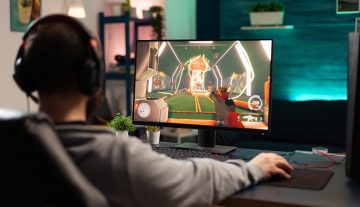