Dublin, 24th April. Zeeko, headquartered at NovaUCD, announced the findings of its digital trend report Children’s Online Behaviour in Ireland 2016-18. The data used in this survey was collected from May 2016 to February 2018 in primary and secondary schools throughout Ireland. In this report Zeeko provides a comprehensive analysis of children’s online behaviour over a 16 month time frame, namely an entire school year (2016/2017) and one semester (2017/18). Zeeko has surveyed 244 schools (173 primary, 71 secondary), and a total of 35,867 children (18,131 males and 17,736 females). This is the one of the most extensive studies on children’s digital behaviour in Ireland to date.

What do children know and feel when spending time online? How does their online behaviour change over the years, e.g. in the transition from primary to secondary schools? How does the offline world impact their online behaviour? The research results show to what extent Irish children face online risks, depending also on gender differences and what kind of school they attend.

Children are using different digital devices to go online, mostly smartphones and handheld devices that ensure greater levels of privacy. Zeeko has identified and looked into the following categories of online risks: screentime, cyberbullying, stranger danger, and exposure to explicit content, all with gender-specific outcomes. The research shows that:

The research also considered the behavioural trends of children attending different kinds of schools, namely DEIS, Catholic and Multidenominational. “Delivering Equality of Opportunity in Schools” (DEIS) is a governmental plan for schools located in communities at risk of disadvantage and social exclusion.

Dr Marina Everri, a social psychologist, is Head of Research at Zeeko and a visiting fellow at the Department of Media and Communications, London School of Economics. Together with Dr Kirsty Park, psychologist, researcher at DCU and lecturer at DIT and UCD, Dr Everri analysed the data Zeeko has collected to the date.

Dr Everri said: “These results provide new insights into children’s online behaviour in Ireland relying on a large sample of children and teenagers throughout the country. However, more research is needed to understand the trends we have outlined, especially for what concerned the samples of children attending DEIS schools or schools having different ethos. For instance, children in DEIS schools seem to be somewhat more vulnerable to risky experiences online; this can be due to a lack of resources in their economic and socio-cultural environment. Children in Catholic schools seem to be less exposed to online risks (e.g. sexting and cyberbullying). However, this can be due to the fact that they receive more restrictions and regulations about access to the internet differently from their peers in multidenominational schools who experiment and explore the online world more. For this reason, we need more data on children’s social and economic background as well as on their families’ values, functioning and dynamics to provide better interpretations of the observed trends”.

Zeeko, an EC H2020 Funded High Potential Start-Up, is headquartered at NovaUCD, the Centre for New Ventures and Entrepreneurs at University College Dublin. The company was founded by Joe Kenny in 2013. Zeeko works with parents, teachers and children to promote digital health and internet safety among primary and secondary school children. www.zeeko.ie

At NovaUCD, the hub for new ventures and entrepreneurs at University College Dublin, we nurture and support new high-tech and knowledge-intensive companies as part of UCD’s mission. At NovaUCD we provide purpose-built, state-of-the-art incubation facilities alongside a comprehensive business support programme for client companies such as Zeeko. NovaUCD has been funded through a unique public-private partnership that includes AIB Bank, Arthur Cox, Deloitte, Enterprise Ireland, Ericsson, Goodbody Stockbrokers, UCD and Xilinx. www.ucd.ie/novaucd 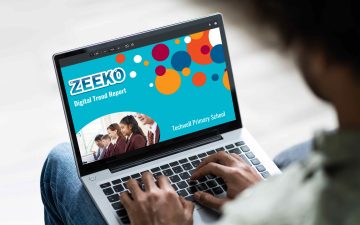