7 Benefits of Coding for Kids and Students 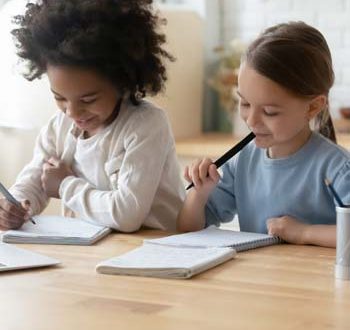 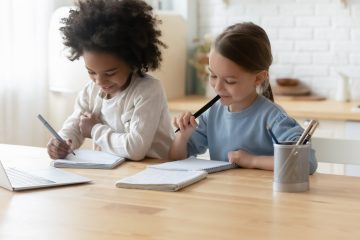 Coding is becoming increasingly popular among Irish children. Have a read of this guest article by Holly Clark from US based Codakid.com on the benefits of coding!

For kids to appreciate how the modern technology operates, there is a need to introduce them to coding. Most kids are living in a world where technology has surrounded them playing a huge role in the development of kids. For example, kids are surrounded by phones, video games, lots of websites as well as robots. Coding helps create computer programs used to operate this technology. Allowing a kid to learn about this process is beneficial as it helps them develop skills that will prove essential in future. Therefore, we take a look at 7 benefits of coding for kids and students.

Once a kid begins to understand how to write as well as reads codes, development of cognitive skills takes place. They start realizing how to solve problems just like computers do. Pattern recognition as well as abstractions involved in the process help kids be able to look at issues from a different angle and come up with a way of solving it. This way, they will be able to solve the problems they face in the future.

“Coding for kids should be introduced as young as possible. Not only does it teach skills that will be immediately relevant in tomorrow’s job market, it helps strengthen skills in a number of corollary areas such as math, reading, spelling, and problem-solving. Later on it will help kids develop skills in geometry, trigonometry, statistics, data analysis, physics, and more.” according to David Dodge, CEO of Codakid

For coding to take place, they have to start thinking logically. They have to come up with a way they can achieve the desired outcome by following specific steps one by one. It involves understanding how to use expressions, as well as statements that are logical.

They get equipped with the ability to solve a complex problem by subdividing it in bits. Once they master this technique, they will find it useful in other fields too. Programmers can figure out where a problem is with the system by independently tweaking each component making up the code.

They get the ability to come up with ways to solve a challenge. Among the computational concepts applied here are; repetition, conditional logic as well as sequencing. In maths as well as science, kids use the algorithm repeatedly, and they rarely realize it. Acquiring this type of thinking is essential to their development.

The global economy nowadays is competitive meaning students have to acquire comprehensive skills technology included. In the future, coding skills will be a requirement for all job seekers. Most jobs will be run digitally hence the need to prepare now. Clients will be on the lookout for individuals with coding skills.

Kids can come up with brilliant ideas. When exposed to coding, their creativity is activated and pushed to the maximum. Those that learn the process quickly get to see the similarity between the process and storytelling. What this does is make them good in writing as well public speaking.

They understand that one has to keep trying even if whatever you are creating is not adding up. They learn how to analyse what is causing the creation not to add up and come up with a solution to fix it.

The earlier you expose a child to coding, the better. Professionals concluded that kids between 7 and 8 are perfect for the process since this is the age where they develop logical as well as critical thinking. This process has led to the rise in the number of kids creating quality programs.